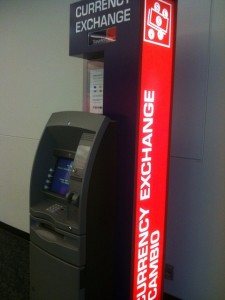 It is a well-known fact that the foreign exchange market, or forex as it is more commonly known today, is the world’s largest trading market. But were you aware that the actual value of that market is a staggering $4 trillion per day? If you are a relative newcomer to the exciting world of foreign currency trading, here are a number of other interesting facts about the biggest trading sector on the planet that you may not be aware of.

1. The Cable
The currency pairing of the US dollar and the British pound (GBP/USD) is nicknamed the cable. This moniker has its origins in the nineteenth century when the exchange rate between the two currencies was transmitted across the Atlantic via a large cable which ran along the ocean floor. The cable connected the stock exchanges of London and New York. Of all the various slang terms used within the foreign exchange market, this is perhaps the most famous.

2. Largest Trading Market
The city of London is by far the biggest market for forex trading in the world. This has mainly been the case since the latter part of the nineteenth century. Today, London accounts for a huge 41% of the daily trading volume in the forex markets, more than double the volume of the second-placed city, New York. Despite London’s position as the market leader, the US dollar remains the most important currency on the market.

3. Largest Asian Market
As reported by Bloomberg,Singapore overtook Japan as the largest foreign exchange centre in Asia in 2013. According to the BBC, Singapore is now also the world’s second-largest clearing centre for the fast-rising Chinese currency, the Yuan.

4. Bulls and Bears
While you are learning how to trade, perhaps through an online broker such as primetrade, there are many nicknames and slang terms which you will pick up along the way, from “trading naked” to “loonie” and “kiwi”. A bull is a term used for an optimistic trader, while a bear is a more downbeat one. The names are said to derive from how each animal attacks; bulls attack upwardly, while a bear will strike downwards.

5. Mrs Watanabe
Of the many unusual nicknames you will come across as you continue to learn trading, this one may be the most unusual. Since the start of the nineties, when many other investment markets burst their bubble in Japan forcing interest rates down, many Japanese housewives (and men too) began to trade in the forex market. This massive influx of new traders had an influence on the forex market overall. Today, the term Mrs Watanabe not only applies to the housewife trader but to Japanese retail traders as a whole.

With 24-hour trading five days a week, the foreign exchange trading market continues to grow and evolve. Keeping up with the latest trends and developments is vital in order to succeed as a new trader but it is nice to know and learn a few interesting facts along the way too.

How to Land a Job in the Cryptocurrency and Blockchain Industry

How to Land a Job in the Cryptocurrency and Blockchain Industry

Forex Advice to Help You Succeed

How to Make an E-Tax Payment Through EFTPS